ATLANTA, Aug. 25, 2021 — Many of the products we encounter daily — from deodorant to pesticides to paint — release molecules that drift through the air. Breathing in enough of the wrong ones can cause serious and potentially long-term health problems. However, it can be hard to estimate exposure because current devices are limited in what they can detect. Today, researchers report development of a new personal air-sampling system that can detect an unprecedented range of these compounds from a special badge or pen attached to someone’s shirt or placed in a pocket.

A video on the research is available at www.acs.org/VOCs.

The researchers will present their results today at the fall meeting of the American Chemical Society (ACS). ACS Fall 2021 is a hybrid meeting being held virtually and in-person Aug. 22-26, and on-demand content will be available Aug. 30-Sept. 30. The meeting features more than 7,000 presentations on a wide range of science topics.

“In every situation there’s a unique set of compounds that could be present in the air, including potential hazards that we do not know about,” says Allen Apblett, Ph.D., the project’s senior researcher, who is presenting the research. “Using a single material, we can capture many classes of these compounds, called volatile organic compounds (VOCs), and potentially offer a much more comprehensive picture of exposures.”

The U.S. military is eager to better understand the health threats its personnel face and has provided considerable funding for the project. However, the new sampler could also be used in many workplaces and at home, says Apblett, who is a professor at Oklahoma State University and co-founder of Airotect, the company developing the sampler.

VOCs are a major source of air pollution. The compounds originate from numerous household products, as well as from fuels such as gasoline and from industrial processes. Depending on which VOCs someone encounters and their level of exposure, problems ranging from nasal irritation to cancer can result.

Because someone’s exposures can vary as they move about, researchers have sought to design simple, lightweight detectors that can travel with the person and don’t need electricity. Badges containing substances that absorb gases are already in use in some workplaces, but these materials have a shortcoming: They latch onto certain varieties of VOCs better than others. If a worker is concerned about, for example, the VOCs formaldehyde, benzene and naphthalene in one location, they would likely need two or more types of these devices to test for them, Apblett says. “We circumvent that with a material that can absorb the broadest spectrum of volatile organic compounds.”

That new material is a silica with nanoscale pores contained within a roughly credit-card-sized badge that attaches to clothes. Airotect’s team is also experimenting with other configurations to hold the silica, such as one that resembles a pen that could rest within a pocket or a fabric badge that could be sewn on. The silica, known as OSU-6 and developed by a graduate student in Apblett’s lab, binds VOCs in its tiny pores through normally weak electrical attractions, known as van der Waals forces. The tight curvature of OSU-6’s nanopores significantly enhances these forces, making it possible to bind VOCs much more strongly than the industry standard. Because these bonds are physical, not chemical, in nature, they allow the material to latch onto a wide range of compounds.

When in use, the badge is opened to expose three OSU-6-filled tubes to the air. The length of time it’s worn depends largely on the potential exposures. Afterward, the badge is sent to a lab where the VOC-laden material is warmed to release the compounds so the researchers can identify and quantify them.

Apblett and his colleagues at Airotect have so far tested the material’s ability to detect well over 100 compounds in lab-based experiments. They have also found that OSU-6 stabilizes unstable or reactive compounds, making it more feasible to analyze traditionally difficult-to-monitor reactive compounds. The team has begun testing the sampler’s ability to pick up pollutants common in workplaces such as commercial-scale manufacturing operations and agricultural production facilities. They have also begun using it in real-world military scenarios, including military deployments and a student’s dormitory room. Once launched, the air sampler will be available to industry and the public, with the cost for device and the lab analysis starting at $75.

The researchers acknowledge support and funding from the Department of Defense’s U.S. Air Force Rapid Innovation Fund, the Defense Health Agency, the Naval Submarine Medical Research Laboratory, the National Institutes of Health and the Oklahoma Center for the Advancement of Science and Technology.

The American Chemical Society (ACS) is a nonprofit organization chartered by the U.S. Congress. ACS’ mission is to advance the broader chemistry enterprise and its practitioners for the benefit of Earth and all its people. The Society is a global leader in promoting excellence in science education and providing access to chemistry-related information and research through its multiple research solutions, peer-reviewed journals, scientific conferences, eBooks and weekly news periodical Chemical & Engineering News. ACS journals are among the most cited, most trusted and most read within the scientific literature; however, ACS itself does not conduct chemical research. As a leader in scientific information solutions, its CAS division partners with global innovators to accelerate breakthroughs by curating, connecting and analyzing the world’s scientific knowledge. ACS’ main offices are in Washington, D.C., and Columbus, Ohio. 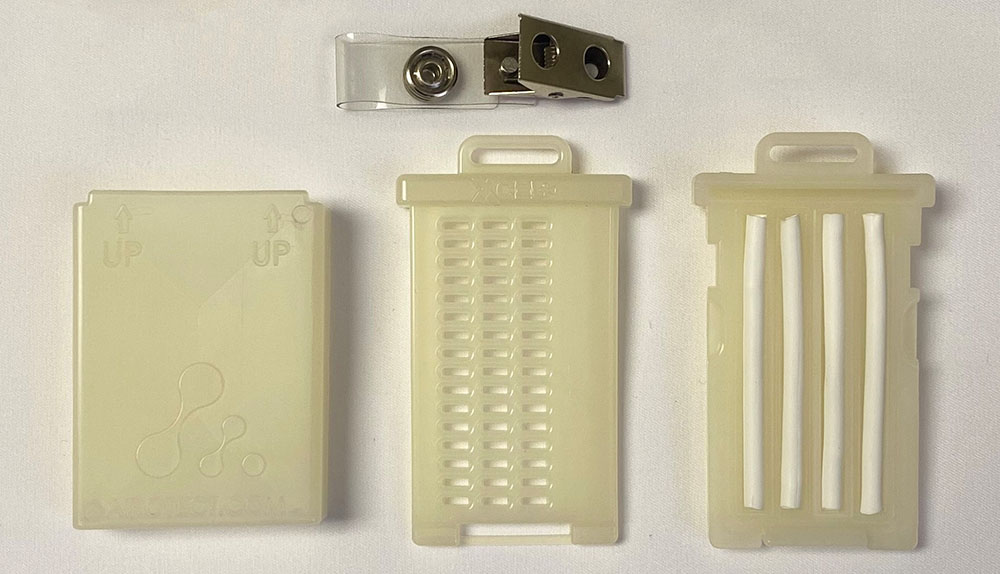